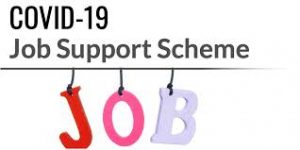 The government's Furlough scheme will be ending in just a couple of weeks, although conditions are still a long way from perfect for businesses. Its replacement is going to be the Job Support Scheme — but what does this offer, and what does it mean for you?

The Situation as Furlough Ends

The Furlough scheme began in April, backdated to 1st March, to support businesses forced to close down wholly or partly due to the pandemic. Initially, the government paid 80% of furloughed workers' salaries, although that's gradually decreased.

This was obviously only ever meant to be a temporary measure, and 31st October was chosen several months ago as the closing date. This was on the basis that conditions should be improving by then.

In fact, as we know, the situation is far from certain. More areas are facing the possibility of local lockdown, and there's even talk of a national "circuit break" shutdown. Large numbers of redundancies have been announced, and for many sectors, most obviously hospitality and travel, conditions threaten to get worse again.

The day after Furlough ends, its replacement, the Job Support Scheme, will begin. This is a similar concept, with the government contributing to paying employees for hours they haven't been able to work as a result of a Covid-related slowdown. The idea is that businesses will be able to keep people on the payroll who could be crucial to rebuilding when an upturn comes.

However, this scheme is considerably less generous than its predecessor. The employee will receive two-thirds of their full wages for any hours they're unable to work, with the sum being divided equally between the government and the employer.

What Does the Job Support Scheme Mean to You?

Up to a point, this will allow you to keep hold of valuable employees for the six months of the scheme, especially as you'll also qualify for the Job Retention Bonus for each person kept. However, unlike the Furlough, this will mean paying a third of the normal salary for people doing no work, which might be difficult for some businesses to sustain.

You can only decide which is your best option by having an accurate assessment of your current financial position and a realistic forecast of future income. For both, it's essential not only to know your numbers but to understand exactly what they mean to you. Get in touch with Grace Certified Accountants if you want help with this.